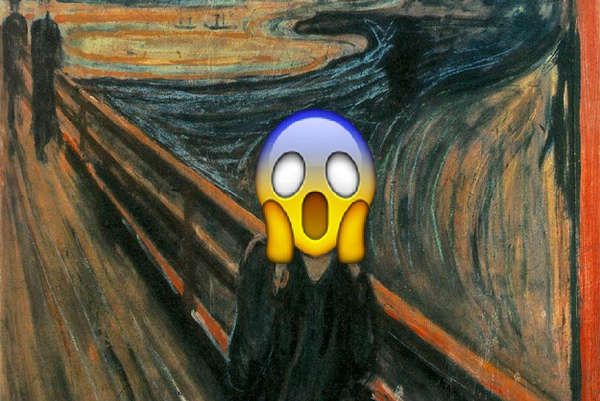 Meghan Young — August 22, 2013 — Pop Culture
References: emojinalart.tumblr & psfk
Share on Facebook Share on Twitter Share on LinkedIn Share on Pinterest
Not many classical paintings are infused with humor, but the Emojinal Art project hopes to change that. It is one of the more creative Tumblr blogs to crop up in the last little bit and, as its name suggests, it revolves around emojis. Essentially, people have cleverly replaced faces, objects and body parts with emoji images to have a little fun with the otherwise dark and slightly depressing artworks.

From Francisco Goya’s Saturn Devouring His Son to Dali’s Persistence of Memory, the Emojinal Art Tumblr leaves no stone unturned when it comes to classical paintings. As written on PSFK, "While the resulting images may not be as serious as their original counterparts, they’re still an excellent example of the possibilities when it comes to combining two – seemingly incompatible – forms of imagery."
6
Score
Popularity
Activity
Freshness
Get Better and Faster