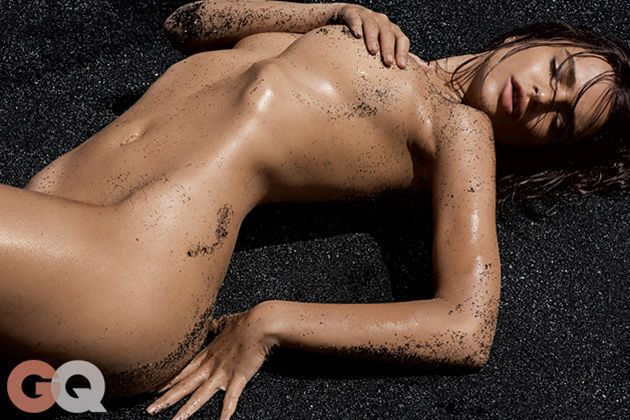 The British-born model and actress' biggest claim to fame so far has been starring in the video for Robin Thicke's controversial single 'Blurred Lines.' In the video, which was briefly banned by YouTube, Ratajkowski dances topless. She explains, "I didn't want to do it at first, but I talked to the director and I understood what it was." Ratajkowski continues, "I do like it [the song]. But if there's one thing I'd request, it's for people who see me out to not be, like, You're the hottest bitch in this place. When it comes on in a bar, I run into the bathroom and hide."

The steamy editorial for GQ's July 2014 issue was shot by photographer Michael Thompson. The accompanying article details her progression from a student in San Diego to an internationally recognized model. Next up? Ratajkowski is set to appear in the film adaptation of Gillian Flynn's Gone Girl.