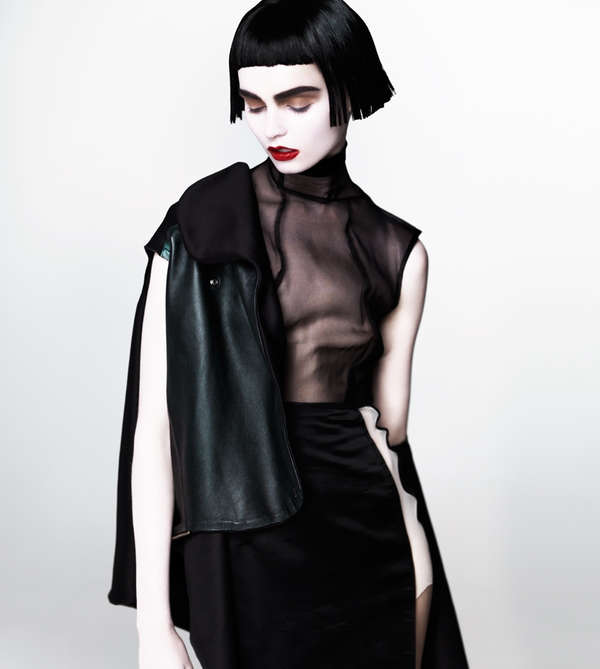 Meghan Young — August 1, 2013 — Fashion
References: henrykphoto & fashionising
Share on Facebook Share on Twitter Share on LinkedIn Share on Pinterest
While Fashionising.com likens the look featured in the photo series starring model Emily Green by Henryk Lobaczewski, a photographer based in Sydney, Australia, to a cross between Snow White and her nemesis, the Evil Queen, others may see something else. For instance, a gothic geisha. Whatever the case may be, the look is undeniably whimsical and edgy.

Shot in studio against a white backdrop, which accentuates the paleness of her skin, the photo series starring Emily Green by Henryk Lobaczewski was styled by Lydia Jane Saunders. She clad the dark-haired beauty in a dark leather look befitting the mysteriousness of her character. The looks were perfected with a short cropped bob by hairstylist Luke Nicholson and bold brows by makeup artist Rachel Montgomery.
5.3
Score
Popularity
Activity
Freshness
Access Advisory Services