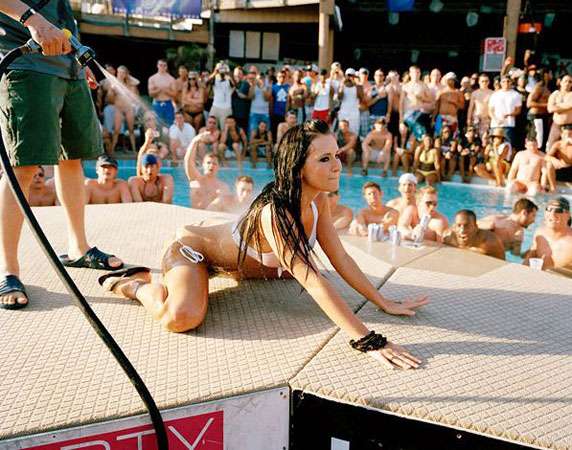 Meghan Young — August 9, 2011 — Naughty
References: emilianogranado & lifelounge.au
Share on Facebook Share on Twitter Share on LinkedIn Share on Pinterest
By the looks of Emiliano Granado's photography portfolio, you would think that he was a hard partying dude with a love for hipsters, babes and the occasional criminal. His work is gritty and wild with a definite documentary style. Of course, his work doesn't fall far from the popular candid images taken by the likes of Terry Richardson.

Hailing from La Plata, Argentina, Emiliano Granado now lives in Brooklyn, New York, while working out of Miami and Buenos Aires seasonally. A graduate from Amherst College, Emiliano Granado has tailored his photographic works to revolve around the examination of popular culture, exhibition and spectacle. Clearly, he captures these subjects beautifully.

Emiliano Granado's work has appeared in such publications as Esquire Magazine and WIRED Magazine, and counts Converse and Microsoft as clients.
6.9
Score
Popularity
Activity
Freshness
Get Better and Faster