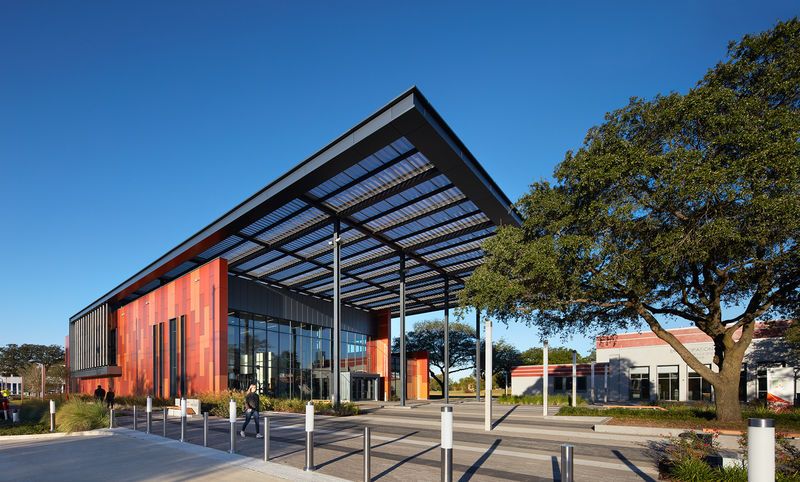 Joey Haar — February 16, 2018 — Art & Design
References: archdaily
Share on Facebook Share on Twitter Share on LinkedIn Share on Pinterest
Houston's 'Emancipation Park' is a historically important landmark in the Texan city. It was established in 1872 by four former slaves, and they meant the humble park (at the time it was only ten acres) to serve as a celebration of the announcement of the Emancipation Proclamation in Texas. Over time, the park has unfortunately suffered from underuse, so Perkins+Will, an American architecture firm, has put forward a redevelopment plan to rejuvenate the space.

Until the 50s, Emancipation Park was the only public swimming pool in Houston that was open to African Americans, and so one of the main focuses of the Perkins+Will renovation is on the pool. The large public swimming hole abuts a pool house and a recreation center, inside which the locals can play basketball and other court sports.
1.4
Score
Popularity
Activity
Freshness
Get Trend Hunter Dashboard