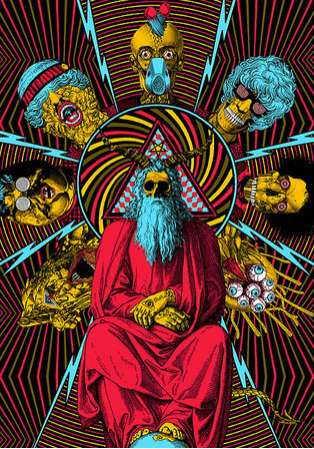 Jaime Neely — July 20, 2012 — Art & Design
References: flickr & lifelounge.au
Elzo Le Durt Du Quartier, a Belgium artist, demonstrates an unusual ability to create captivating mixed media art that is both unsettling and inviting. His collages, which include illustrations, digital images and real photographs of people, don't exactly stick to one theme or common idea -- they include a variety of propaganda-inspired styles.

Featured in the pieces are many different pop culture icons including musicians and politicians. The artist transforms standard human beings into ones missing heads, with animal heads or reversed limbs. The colors are surprisingly bright for this style of art, which actually ends up softening the grim and raw elements in each photo. From the unicorns with lasers for eyes or the musician with an animal's head, this work is ahead of its time.
4.1
Score
Popularity
Activity
Freshness