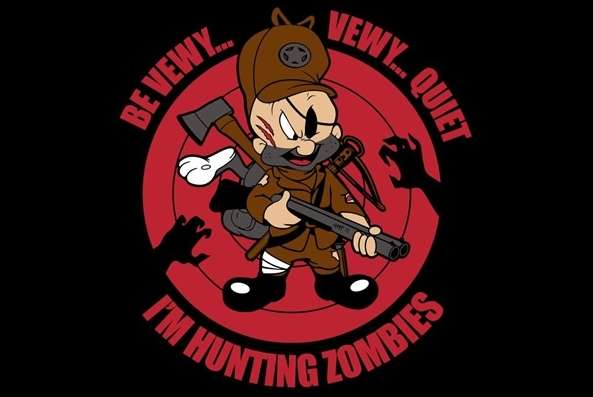 In this clever illustration Elmer Fudd is found in a much darker place than usual: he is strapped with an axe, crossbow and a shotgun. He has a much more rugged look as well, including some new facial scars, an eye patch and a serious five o'clock shadow.

Since the popular show The Walking Dead has hit television there has been a flood of zombie-related content that can be found literally almost anywhere, including the cute and happy world of Warner Bros. cartoons. I suppose even the cute and cuddly need to get ready for the invasion.
2.5
Score
Popularity
Activity
Freshness