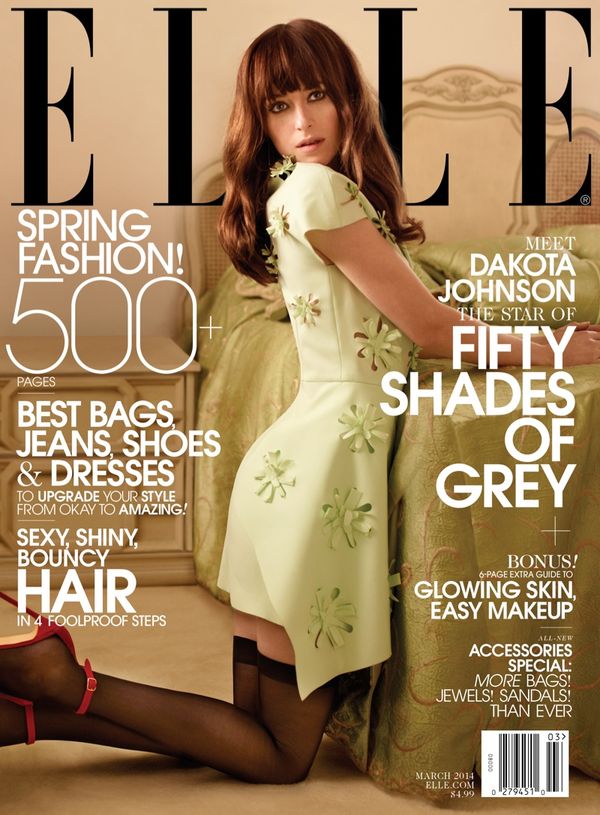 Meghan Young — February 11, 2014 — Fashion
References: elle & fashiongonerogue
The ELLE US March 2014 cover shoot stars American actress Dakota Johnson, who was better known as the daughter of Melanie Griffith until taking the lead role in the movie adaptation of '50 Shades of Grey.' Embracing her character's sexual journey, there is a sweet innocence to the otherwise sensual boudoir photoshoot.

Captured by photographer Carter Smith, ELLE US March 2014 cover shoot is the brunette beauty's first major fashion cover. She was styled by Joe Zee in feminine pieces from such labels as John Galliano, Burberry Prorsum and Jason Wu. Although the looks could easily be construed as ladylike, her poses say anything but. It looks as though she is engaging in a midday affair between office hours. In the accompanying article she talks about her interest in '50 Shades of Grey.'
3.2
Score
Popularity
Activity
Freshness