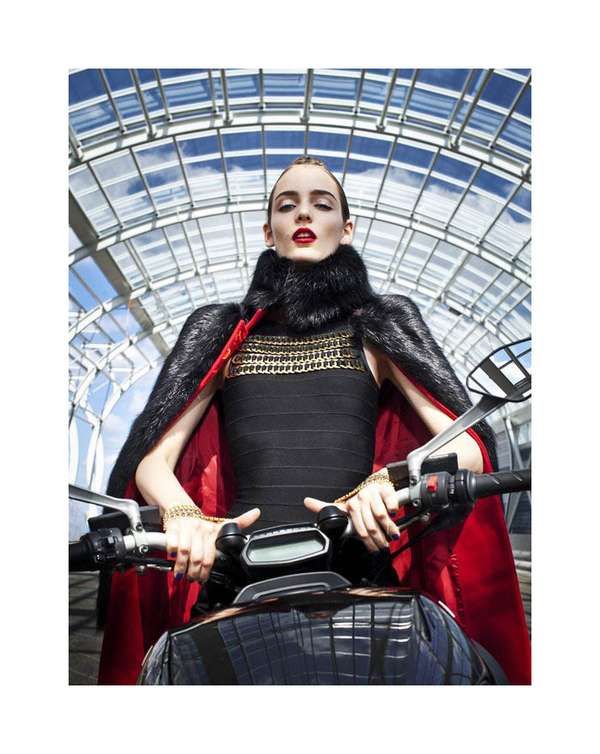 Shot by talented Polish shutterbug Aldona Karczmarcyzyk, the Zuzanna Bijoch ELLE Poland September 2011 issue sees the 17-year-old stunner exuding an attitude that is seductive, dangerous, and fierce. This major ELLE Poland editorial is another feather in the cap of Zuzanna Bijoch's young and developing career. Earlier this year, she was named the face of Prada's Spring campaign, was featured in the Steven Miesel shot Louis Vuitton fall campaign, and walked in shows for Balenciaga, Yves Saint Laurent, and Alexander McQueen.

My favorite shot in the Zuzanna Bijoch ELLE Poland September 2011 editorial features the Polish beauty on the side of the highway, with her hand supporting her head, giving the camera an unnerving gaze. Bijoch looks as if she's staring into your soul, and she is. As a rising star of the fashion world, she shows no fear and a penchant for the spectacular. Do not be surprised if you begin to see her face more often.
3.3
Score
Popularity
Activity
Freshness
View Innovation Webinars