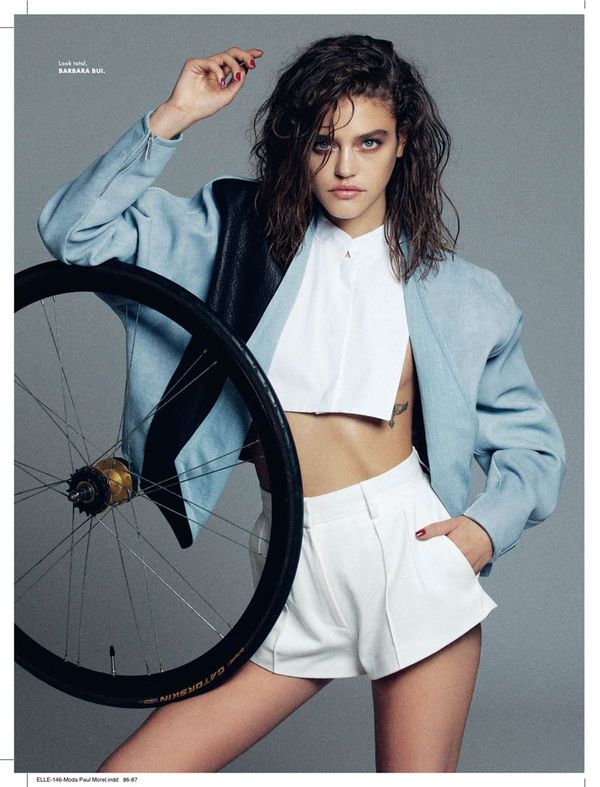 Meghan Young — January 29, 2014 — Fashion
References: facebook & fashiongonerogue
Share on Facebook Share on Twitter Share on LinkedIn Share on Pinterest
The ELLE Mexico February 2014 cover shoot is a bit of a contradiction. In spite of being simply titled 'Queen,' the looks appear made for the everyday women. Granted, upon closer inspection, a subtle eclectic and even eccentric quality can be detected in each outfit. Whether that comes in the form of a high heeled headdress or a seductively sheared dress shirt, there is something that would cause eyebrows to raise.