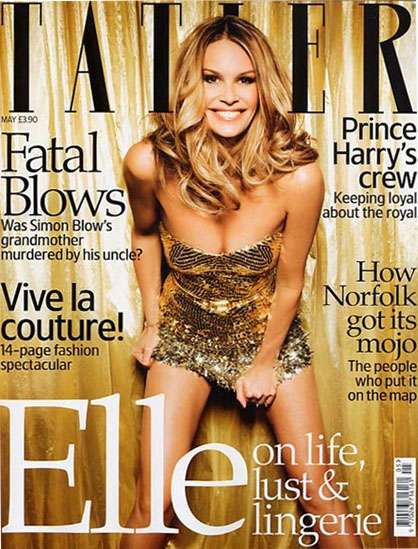 Bianca — April 10, 2009 — Pop Culture
References: tatler & catwalkqueen
Share on Facebook Share on Twitter Share on LinkedIn Share on Pinterest
If you’ve seen the pictures of Elle Macpherson on the cover of Tatler Magazine, you’d know what I mean when I say gold is a knock-out way to be the center of attention. In fact, that’s true for men and women, as we’ve seen the daring fashion increase in popular for both genders.

The Australian model is 45, but Elle Macpherson’s youthful demeanor proves that with the right attitude, metallics can be, well, golden, at any age.