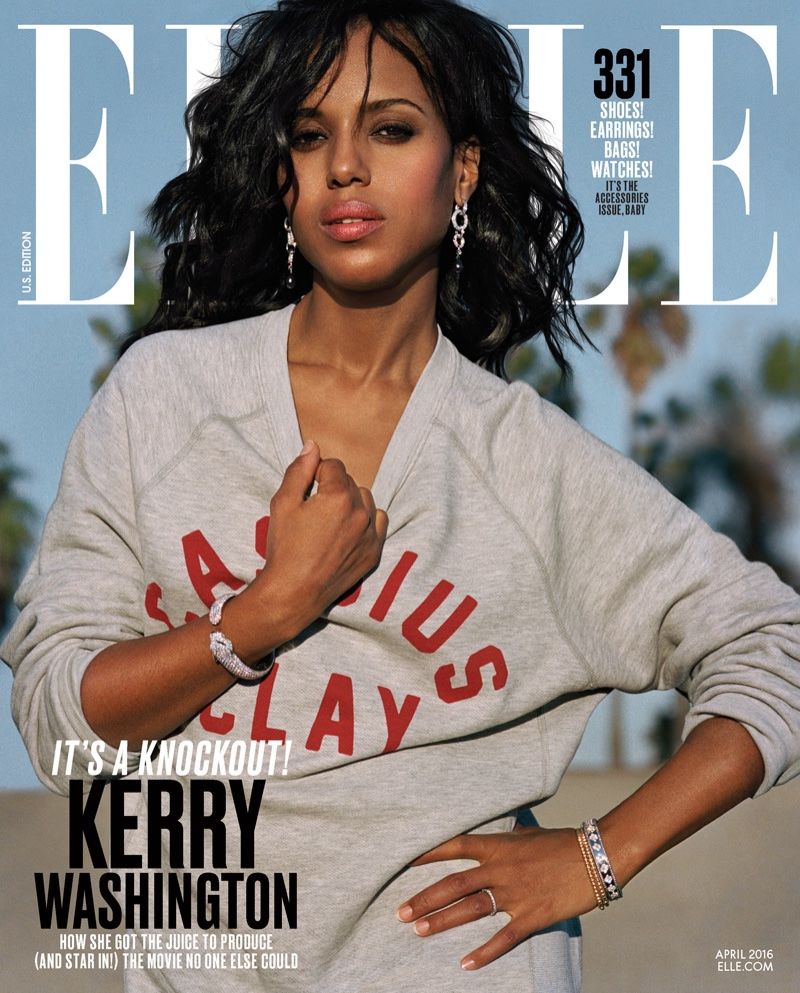 Meghan Young — March 17, 2016 — Fashion
References: fashiongonerogue
Share on Facebook Share on Twitter Share on LinkedIn Share on Pinterest
Although as elegant as ever, the ELLE Kerry Washington cover shoot shows the actress in outfits much different from her character Olivia Pope of Scandal. After all, the "fixer" is known for her put together wardrobe on the hit television show. That said, there is something stylishly casual about the spring looks featured in this beach photoshoot.

Shot by photographer Dan Martensen, the ELLE Kerry Washington cover shoot features pieces from the likes of Versace, Chloe and Altuzarra amongst others. In the accompanying article, she talks about her role in 'Confirmation,' “This moment was so important because it created a language around women being able to protect themselves. The behavior that Anita Hill described was going on in a lot of offices throughout the country, and most people didn’t think they were doing anything wrong.”
3.5
Score
Popularity
Activity
Freshness
Access Advisory Services