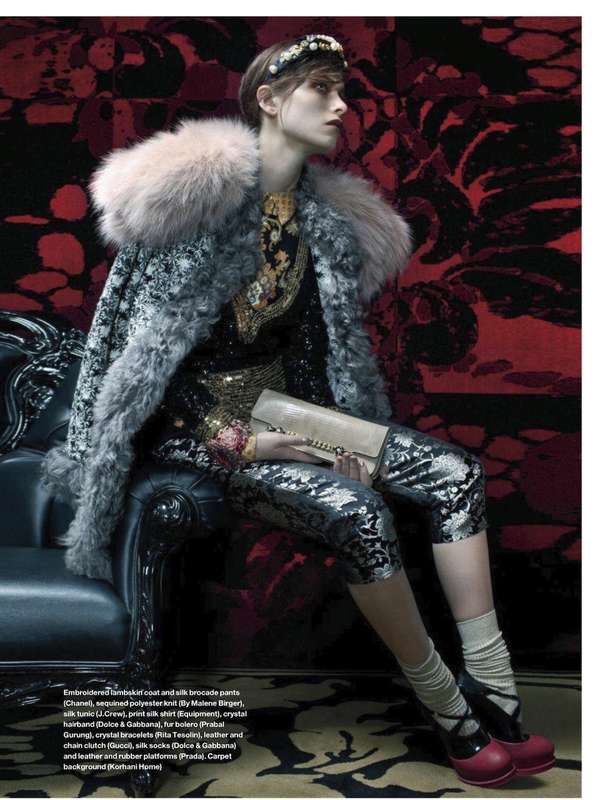 Alexandra Serrano — September 8, 2012 — Fashion
References: ellecanada & visualoptimism.blogspot
Capitalizing on the dark side of the elite, this Elle Canada October 2012 editorial is darkly deviant.

Featuring a smörgåsbord of fall's most ornate garments, this editorial boasts decadent visuals with a daring theme. Adhering to the theme of its title Royal Rebel, the spread showcases moody lighting with a color palette that plays on the rich tones that dominated the Fall/Winter 2012 season. These visuals can be credited to the flawless art direction by Denis Desro and photography by Neil Mota.

Styled by Sara Bruneau, the fashion story tells the tale of somewhat wayward aristocracy with pieces by Miu Miu, Dolce & Gabbana, Gucci and Dior. Explore the defiant side of elitism with inspiration from this opulent editorial.