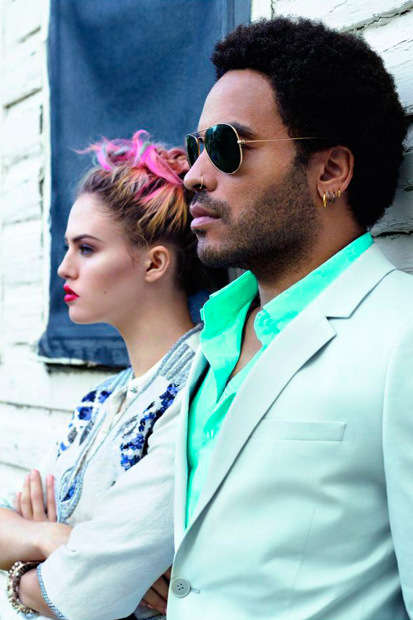 Looking like the smoldering rock star that he is, the campaign is situated in the hot atmosphere of South Beach, Miami, which perfectly complements the vivid pastel color variations of the collection. Taking on a similar persona as Kravitz, Free looks rocker chic with her bright pink tresses and bright pink lips. The campaign features fresh and crisp looks in various off-white and bright pastel hues as well as finely tailored suits.