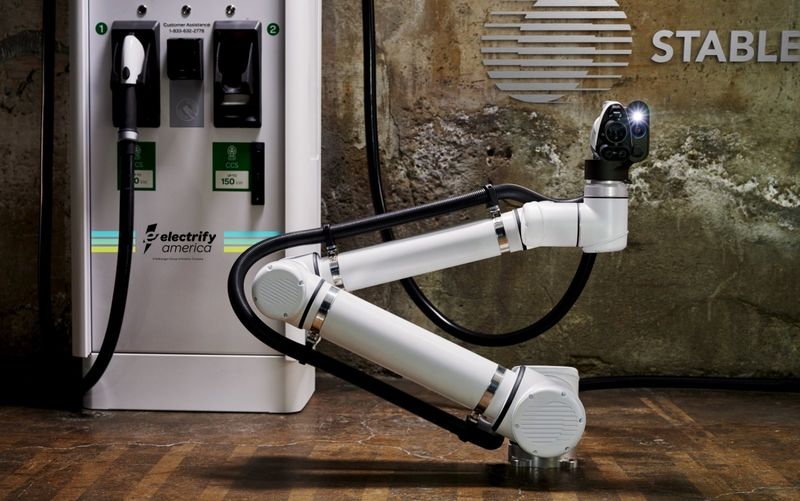 Electrify America Will Have Robots to Charge Autonomous EVs

Daniel Johnson — August 6, 2019 — Autos
References: media.electrifyamerica & engadget
Share on Facebook Share on Twitter Share on LinkedIn Share on Pinterest
Electrify America is working in conjunction with Stable Auto in order to create robotic charging capabilities for self-driving electric vehicles. The two companies will showcase the technology with a San Francisco demonstration. During the demonstration, charging stations will power up autonomous electric vehicles. The autonomous cars will be able to connect to an electrify America 150kW DC fast charger, without any human intervention.

Electrify America is undertaking the project as it sees an upcoming need for this type of technology. As electric autonomous vehicles continue to be developed charging solutions will also be needed for the vehicles. Wayne Killion, Electrify America's Director of Infrastructure Planning indicated the need for the technology, "Autonomous vehicles will play an important role in the future of driving, particularly with fleets, and tailored charging options for self-driving EVs will be critical to develop that effort,"
3.6
Score
Popularity
Activity
Freshness
Get Better and Faster