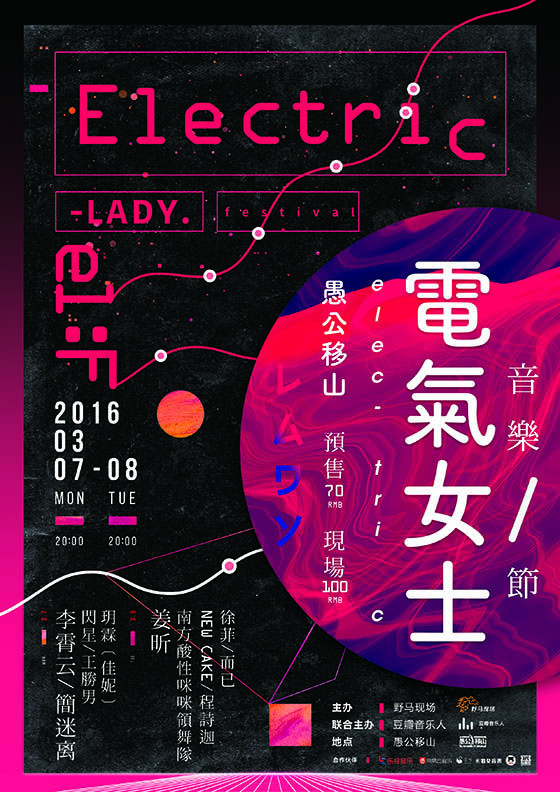 Katherine Pendrill — June 3, 2016 — Pop Culture
References: yugongyishan & musicdish
This past March, an event called the 'Electric Lady Festival' honored some of China's most popular female musicians. As female rockers continue to make a name for themselves in China, the festival served to highlight increasing diversity in the Chinese music scene.

The Electric Lady Festival was held on March 7th and 8th at Beijing's Yugong Yishan venue. The event hosted 21 different female-led bands and musicians for two full days of live music. The festival was headlined by the popular rock group GEMINI, who have made an enormous impact in the worlds of both music and fashion. Other Chinese bands featured at the event included Li Xiaoyun, Gabrielle, Gril Kill Girls and The Power Powders.