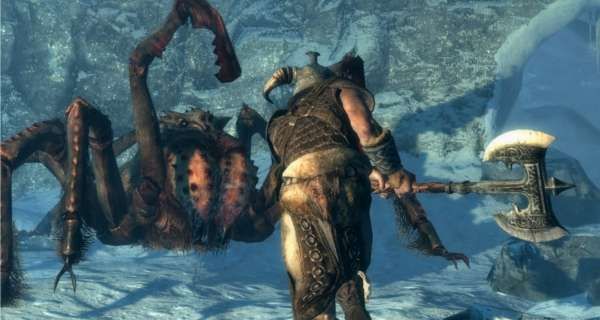 Omar Yusuf — August 28, 2011 — Tech
References: escapistmagazine & gamepolitics
Share on Facebook Share on Twitter Share on LinkedIn Share on Pinterest
The Elder Scrolls: Skyrim is the sixth installment in the fantasy gaming series and intends to shatter the sales records held by previous iterations. How exactly does developer Bethesda Softworks intend to move millions of copies? A combination of revised graphics, a new weapons system and same-sex relationships.

As video games develop, they simultaneously seek to emulate the more human aspects of life with greater fidelity. For Bethesda Softworks, that doesn't just mean photorealistic graphics or pitch-perfect audio; it means allowing you to meet characters, learn their idiosyncrasies and maybe even fall in love with them. And in Elder Scrolls: Skyrim, set for release on Nov. 11, you can befriend and betroth anyone regardless of gender.

When 10 million people play a video game that lasts over 80 hours, the developer almost has a responsibility toward the player. It's encouraging to see Bethesda and other gaming studios put their creative weight behind equality in gender and sexual orientation. Excuse me now, I'm off to marry that Orc barbarian who works at the steel mill!
4.7
Score
Popularity
Activity
Freshness
Access Advisory Services

Annoying Gaming Guiders
'The Legend of Navi: A Link to the Pest' is a Funny Mocking of the Pixie