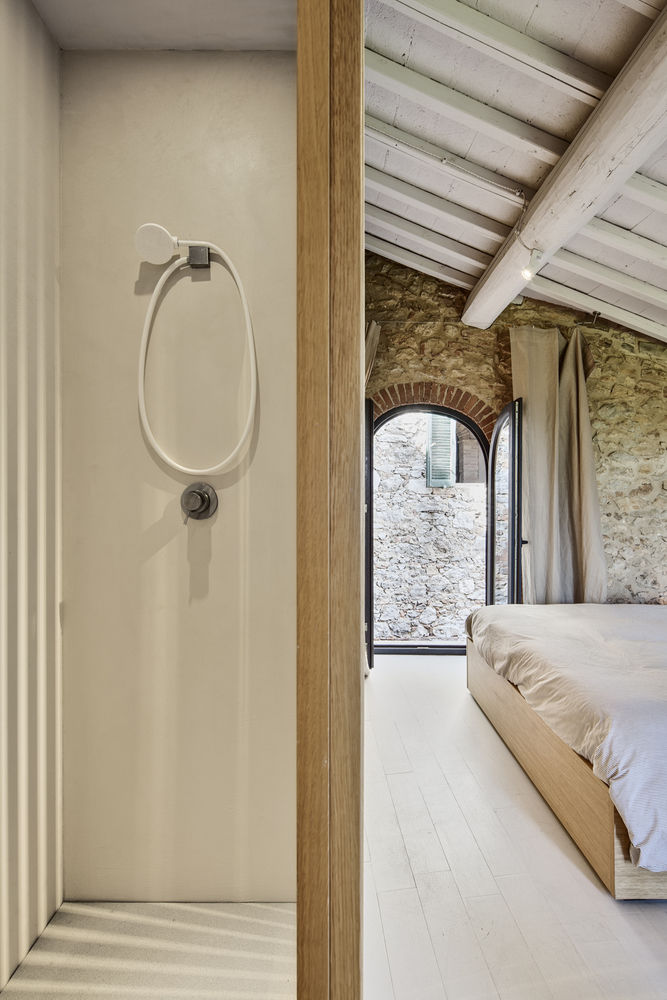 Joey Haar — June 19, 2018 — Art & Design
References: archdaily
Share on Facebook Share on Twitter Share on LinkedIn Share on Pinterest
Millions of years ago, modern humanity's ancestors used caves as their primary means of shelter, and 'Effegi House' hearkens back to that time -- albeit with a luxurious twist. The appealingly modern home is built in a heritage site with several broad, cavernous arches made of rough-hewn stone, giving it a cave-like appearance that's both cozy and bright.

One of the most interesting aspects of Effegi House is the way in which it combines its traditional elements with modern ones. The home, which was recently renovated by Archiplanstudio, is built in an old building in Trequanda, Italy, and its entire support structure consists of the original brick walls, columns, and arches. However, the home is decorated with pleasing mid-century modern design.

Luxurious Limestone Lodges
Residence 1446 is Covered by a Limestone Facade