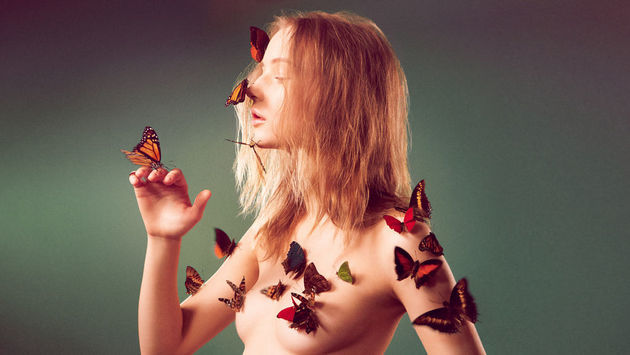 The Edun S/S 2012 Advertorial is Artful and Intriguing

This conceptual campaign is visually stunning, featuring a wide array of interesting details that include models' bold body art and electric-hued locks. The dreamy in-studio portraits, captured by the lens of photographer Ryan McGinley, dare to be different, standing out amongst the crowd.

Founded in 2005, Edun is a social business that aims to encourage trade with Africa.

Here, models Charlotte, Dempsey, Bradley, Ehren, Henrieth and David take center stage in an advertorial spread that takes risks in its overall concept and imagery. From ethereal shots to intimate portraits, the Edun S/S 2012 campaign is all about rebellion and self-expression. Displaying a definite sense of personality and character, this ad campaign is one to watch.