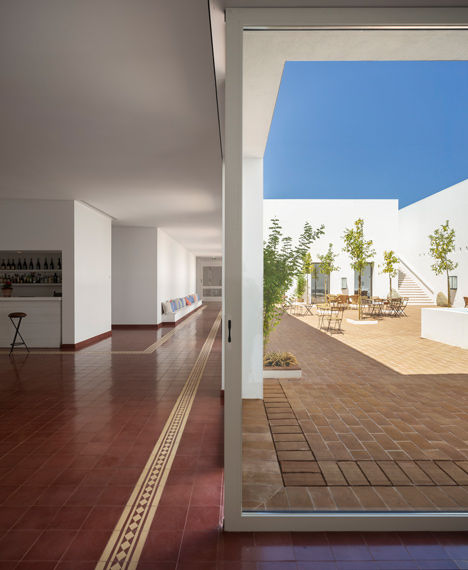 The 'Ecorkhotel' in Portugal is Inspired by Cork and Medieval Villages

Tiffany — December 20, 2013 — Eco
References: dezeen
Share on Facebook Share on Twitter Share on LinkedIn Share on Pinterest
Taking inspiration from the structure of medieval villages in Alentejo in the South-Central region of Portugal, "where it was common to find a main complex or castle, and several white buildings around it," according to the project's site, the 'Ecorkhotel' was designed by Portuguese architect José Carlos Cruz. The imposing structure contains a restaurant, a recreational complex fitted with up to 56 hotel suites in the form of bungalows.

The hotel is located in Portugal's Alentejo region and is completely covered in cork. On the reason why Cruz decided to use cork as the main component in the construction of the hotel, he says, "[o]ne of our intentions was to promote cork as a cladding material, it's a good thermal insulator and is also recyclable."