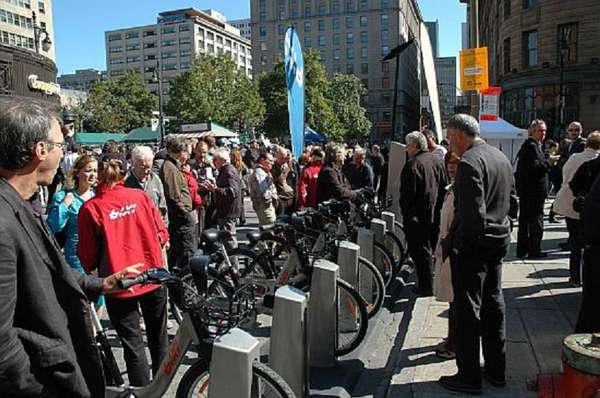 Montreal to Launch Public Bicycle Program in May

In this case, the current movements toward protecting the environment, unhinging traffic congestion, and getting fit have been neatly bundled into one.

3,000 bicycles will be distributed at various solar-powered pay stations around Montreal. For a fee, users can pedal their way from point to point throughout the city. The bicycles have been supplied to the city by ‘Bixi,’ whose urban bike squad will be campaigning for public utilization.

We’ve seen public bike share programs before, and not all have been met with rousing success. Montreal’s program, designed by Stationnement de Montréal, aims to take the best aspects of popular programs in other cities and improve upon them. For example, the Bixi bikes are sturdy and have built-in anti-theft features. And both the bikes and their stations have been especially designed to blend in with the cityscape.
1.7
Score
Popularity
Activity
Freshness
Jeremy Gutsche Keynote Speaker