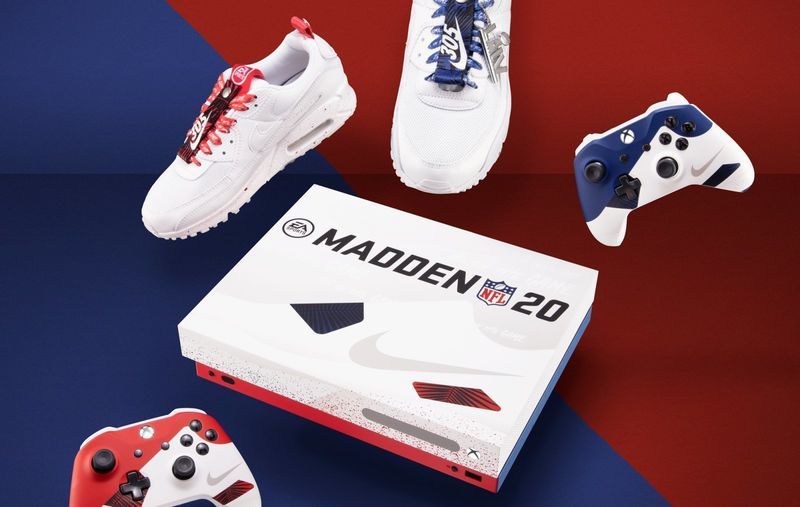 Daniel Johnson — January 31, 2020 — Tech
References: news.xbox & engadget
Share on Facebook Share on Twitter Share on LinkedIn Share on Pinterest
Microsoft, Nike and EA Sports all collaborated to create a new limited-edition version of Microsoft's Xbox One. The customized console is not available for purchase, instead, it can only be won through a social media contest. Prospective winners can tweet with the hashtag #NikeMaddenNFL20XboxSweepstakes to be entered into the contest, which will run until February 8th.

The console takes design inspiration from a pair of sneakers named the 'Nike x Madden NFL 20 Air Max 90.' Like the sneakers, the console also features a white design with red and blue tones. Additionally, EA Sports, NFL, and Nike branding are all present on the console. The console also comes with two controllers, the new 'Madden NFL 20' game.