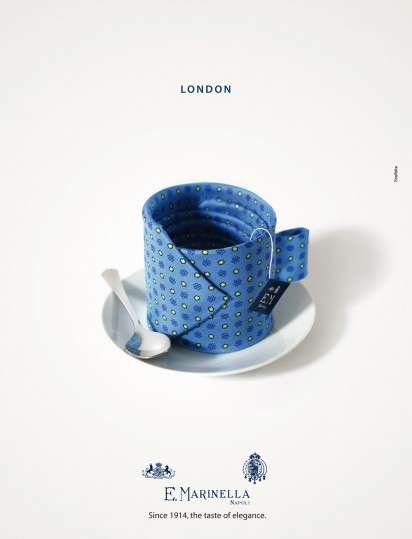 The E. Marinella Campaign Centers Around Delicious Fashion for Men

Conceived and executed by Foolbite, an ad agency based in Monza, Italy, the E. Marinella campaign does more than show how tasty these neckties are. Each print ad corresponds to a city that the label is based in, with the 'food' symbolizing the culture of that metropolis. For instance, Lugano is complemented by a necktie chocolate bar while Tokyo is represented by necktie sushi and London by a cup of tea.