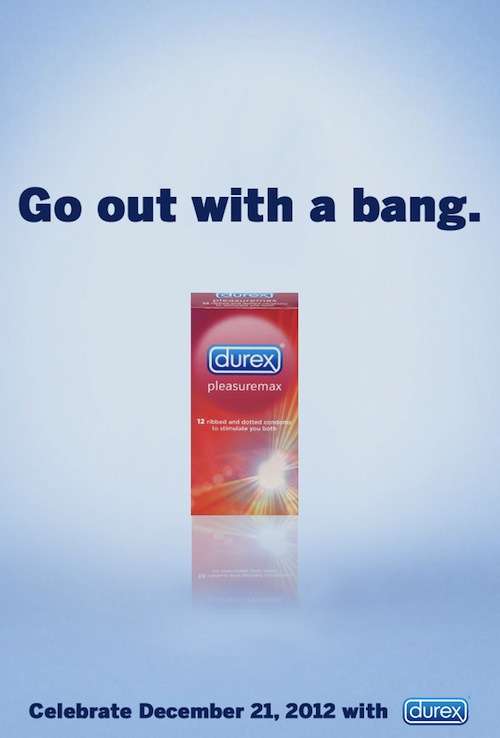 The Durex Apocalypse Campaign Encourages People to 'Bang' It Out

Elise Ying-Hei Ho — December 15, 2012 — Naughty
References: thiswolf & designtaxi
The end of the world is nearing, according to the Mayans, so it's encouraged that by December 21, 2012, people bang it out as much as possible according to the Durex apocalypse campaign by Daniel James Evans.

The fake ads created by Evans include cheeky remarks and illicit puns on the arrival of the Mayan-predicted end-of-the-world, the Durex apocalypse campaign encourages users to take their time and make it count since "the end of the world doesn't come quickly," so neither should they.

Evans does a remarkable job highlighting the "coming" of the end of the world and as these may be the last intimate moments spent with a loved one, stranger or self, why shouldn't it be one of the most exhilarating releases ever?
4.2
Score
Popularity
Activity
Freshness