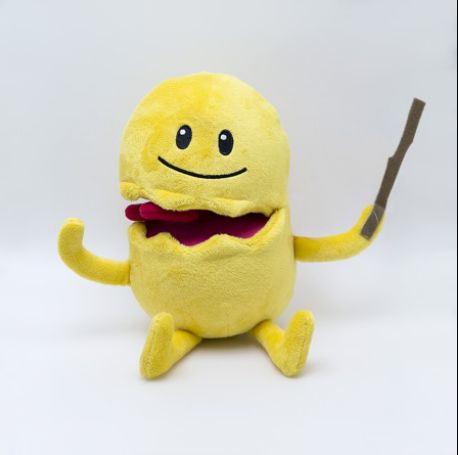 Laura McQuarrie — January 28, 2014 — Life-Stages
References: gmanetwork & ifitshipitshere.blogspot
Considering the nature of some of the accidents the Dumb Ways to Die characters go through time and time again, they could probably use a hug. But the cartoon characters from the viral 2012 video promoting public safety around trains have only existed in 2D — now, a line of Dumb Ways to Die plush toys has been introduced, making it much easier to give the character some much needed TLC.

The plushies range from pocket-size charms to large 30” plush toys and it includes Dumb Ways to Die characters like the green one who gets bitten in the eye by a snake, the blue one with its hair set ablaze and the yellow one, chomped in half after provoking a bear with a stick.

Even though the original Dumb Ways to Die video is now several years old, the campaign kept up the speed in 2013 with a playable app and a train ad for Christmas.
4.8
Score
Popularity
Activity
Freshness