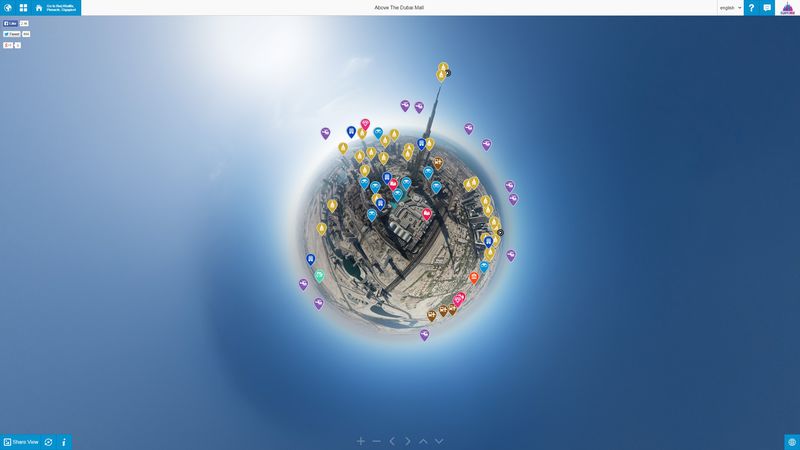 The immersive city tour was crafted over the course of 18 months, featuring thousands of panoramic photos and video content to present a 360-degree view of the city from all angles. Like a tourist, you're able to marvel at the world's tallest building, check out the Royal Suite inside the Burj Al Arab Hotel and even stop off at the aquarium and swim with some sea critters. Points on the 360-degree landscape are highlighted as they would be on a map, showing off all the hotspots for entertainment, great views and transportation.