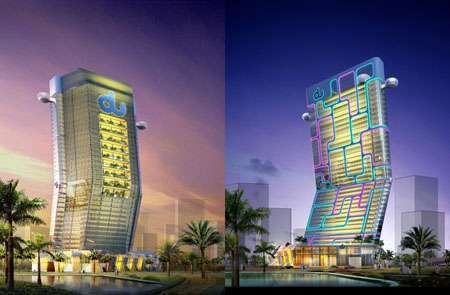 "This 115-metre tower consists of open plan offices with high-tech provisions allowing flexible usage either by Du or by the tertiary tenants of Du Tower," according to Tinsiders. "Being the first of its kind, the Du Tower will probably be a symbol of communications in the future within UAE and the whole region as a piece of Cybertecture building."

Architecture and technology have given birth to Cybertecture. Get used to it.