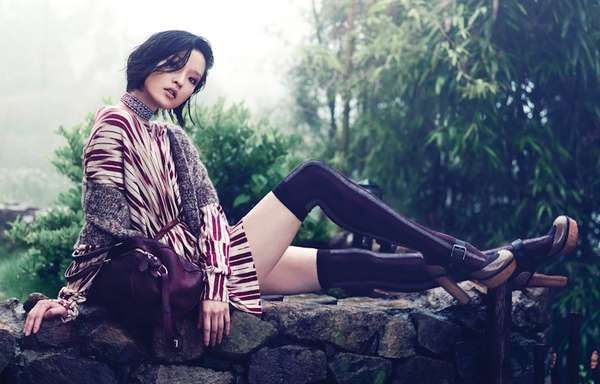 For this shoot, Stockton Johnson and Du Juan head out to China’s Moganshan Mountain for a series of photos that features stylish outfits from Balenciaga, Chanel, and Louis Vuitton, each shot exuding an understated sex appeal. Du Juan is equally adept at looking coquettish as she is mysterious, which is a major reason this editorial is so alluring.