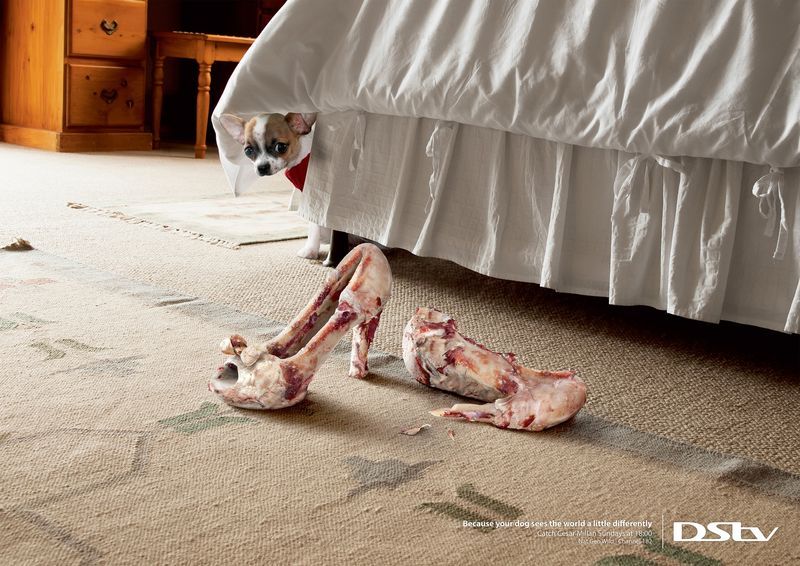 Meghan Young — July 4, 2014 — Pop Culture
References: ogilvy & adeevee
Share on Facebook Share on Twitter Share on LinkedIn Share on Pinterest
As people look at the DStv Cesar Millan ad campaign, a collective 'awww' will surely be heard from around the world. Although unappetizing meat-made objects lie front and center in each frame, as soon as people peruse the rest of the images, the hopeful and helpless look in the dogs' eyes will melt anyone's hearts. The campaign reads, "Because your dog sees the world a little differently."