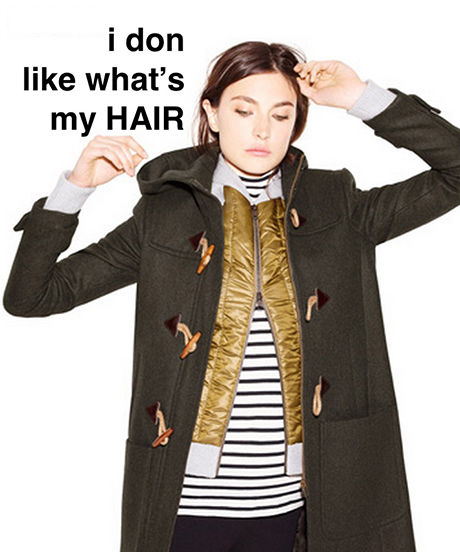 The Drunk J.Crew Tumblr Calls the Models Out for Drinking on the Job

Vasiliki Marapas — October 17, 2014 — Pop Culture
References: drunkjcrew.tumblr & refinery29
Have you guys ever noticed how drunk the models for J.Crew are? Me neither; at least, not until this hilarious new blog called 'Drunk J.Crew' pointed it out to me. I will never be able to look at another J.Crew ad again without imagining the girls having a pre-shoot cocktail party first.

Every ad is captioned with a drunk, meme-style message. For instance, one ad features a dejected-looking model pouting at the ground as she plays with her hair. The caption reads, "I don like what's my HAIR." For those of you who are a little confused, that's drunk-girl speak for "My hair looks nothing like it did before I drank this whole bottle of wine, and why am I so sweaty?"

The rest of the images are equally as hilarious and worth a browse!
5.5
Score
Popularity
Activity
Freshness