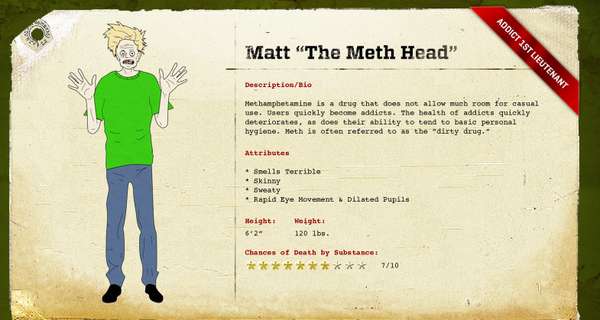 The Drug Addict Profiles Infographic is a Scary Warning

For example, Brandon the Coke Head is described as someone who always has a runny nose, snorts a lot, loses weight quickly, is rarely hungry, and constantly on the go. Harry the Heroin Addict, on the other hand, is drowsy most of the time and doesn't think clearly.

Of course, the Drug Addict Profiles Infographic is not 100% accurate since drug addicts come in all forms, but the portrayals are simply meant to help loved ones of drug addicts recognize the signs of drug abuse.
4
Score
Popularity
Activity
Freshness
Get Better and Faster