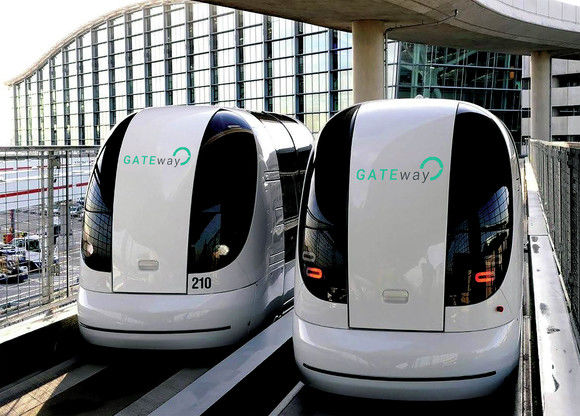 Alyson Wyers — January 30, 2016 — Autos
References: mediacentre.heathrow & gizmag
Following the first self-driving shuttles hitting public roads this week in the Netherlands, it was announced that the driverless vehicles at Heathrow airport will be expanding to join a driverless car project. The autonomous fleet will take on the streets of London's borough Greenwich this summer as part of a testing period. This entirely British endeavor is a collaborative one between Heathrow Enterprises, Oxbotica and Westfield Sportscars in the GATEway driverless car project.

The electric Ultra PODs have been in use at the international airport for five years, shuttling passengers on tracks across terminals. The future trial will place the vehicles on the open road, without any tracks to guide them. A cloud-based management platform will synchronize the fleet, while users can book an Ultra POD with a smartphone app.
2.5
Score
Popularity
Activity
Freshness