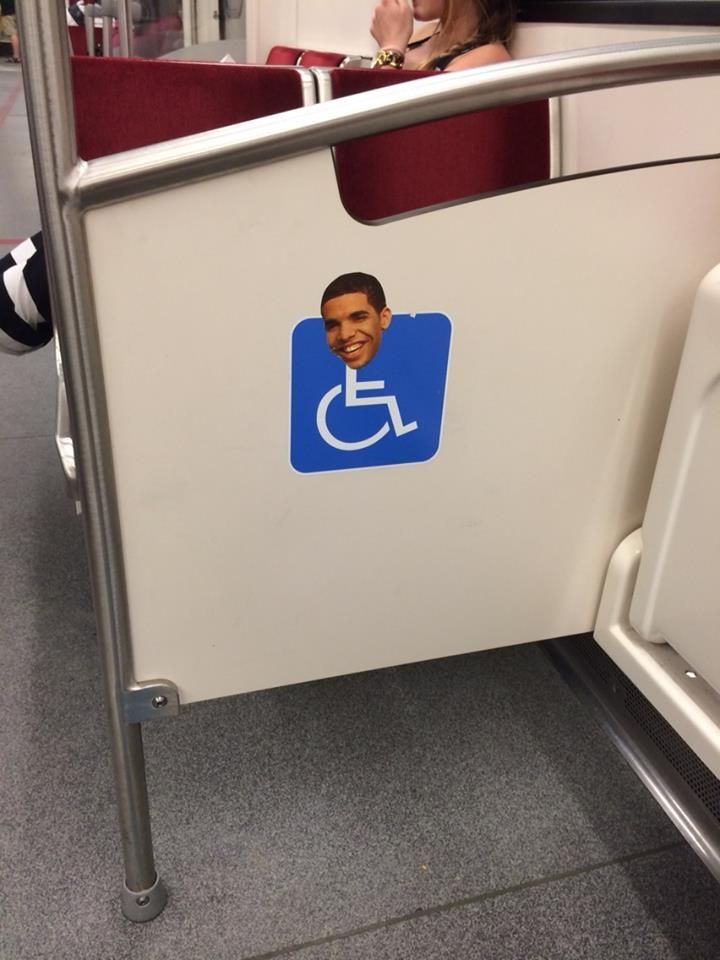 Meghan Young — September 13, 2014 — Pop Culture
References: ca.news.yahoo & refinery29
Share on Facebook Share on Twitter Share on LinkedIn Share on Pinterest
There's a new meme going around the Internet and it is a pretty special one; dubbed 'draking,' it involves pictures of Drake's head on handicap signs. Reminding the world of his humble beginnings as Jimmy on 'Degrassi: The Next Generation,' it's a clever and hilarious pun on his unfortunate nickname, Wheelchair Jimmy.

The term 'draking' was coined by the masterminds behind the fun venture, Toronto-based journalist/blogger Lauren O’Neil and her boyfriend Steven Stinson. Spotted around the Canadian city, 'draking' is quickly gaining a fan base. What started as a gag has become a viral meme. O’Neil tells Buzzfeed, "My boyfriend made the stickers last Wednesday and we’ve been ‘draking’ the town ever since. We just want to make people smile.”
0.5
Score
Popularity
Activity
Freshness
Access Advisory Services