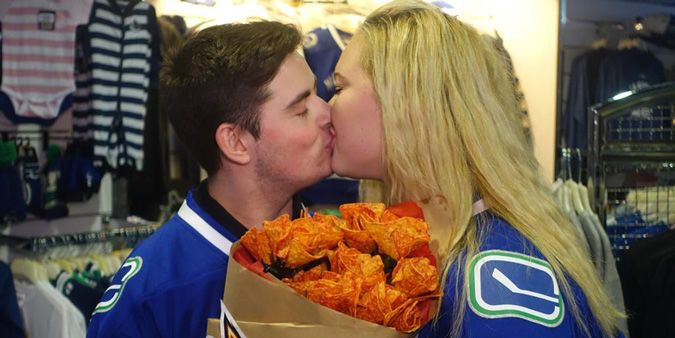 Available for a limited time, the Doritos Ketchup roses were relaunched in Canada this past February, just in time for Valentine's Day celebrations. The woman in question, Amanda Mussio surprised boyfriend Brandon Haubrich at a recent hockey game after getting a chance to participate in a 'Puck Shuffle' -- a mystery prize game that is hosted by the Canucks.

This creative marriage proposal is reflective of Millennials' appreciation for memorable experiences that are valued over material objects. Furthermore, Frito Lay's Doritos stunt proves relevant among the brand's target demographic, going beyond a novelty holiday offering, to one that is a staple during sentimental moments.
0.9
Score
Popularity
Activity
Freshness
Get the 2023 Trend Report FREE