Athleticouture
Next
Set of
Related
Ideas 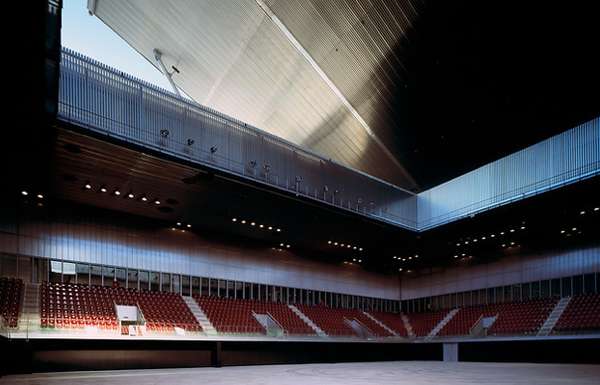 After three consecutive unsuccessful bids for the summer Games, losing out recently to London and Rio, this stunning stadium may not be shown off during the Olympics, but it will still be a spectacular experience for sporting event goers of today. Home to three tennis courts with three separate roofs of different shapes, the building has an unparalleled chameleon-esque character to it.

Since the roof of the centre has an impressive 27 different configurations, the building will never go out of style. If Madrid should ever succeed in securing a Games bid, the 'Magic Box' will certainly be an as buzzed-about monument as the 'Water Cube.'
1.7
Score
Popularity
Activity
Freshness
View Innovation Webinars

Spiraling Pedestrian Paths
The Arganzuela Footbridge Has a Sculptural Presence