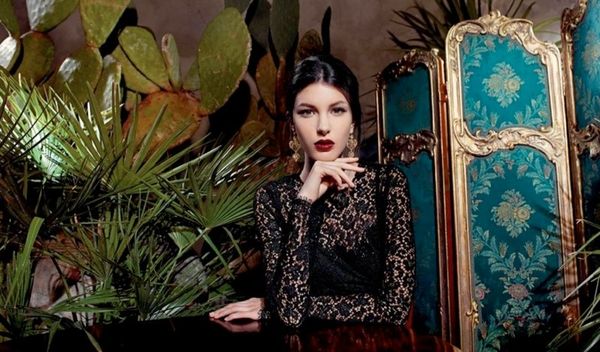 Meghan Young — January 3, 2014 — Fashion
References: dolcegabbana & fashiongonerogue
Share on Facebook Share on Twitter Share on LinkedIn Share on Pinterest
The Dolce & Gabbana 2013 Baroque Jewelry ad campaign embraces the beauty of Italy perfectly. Rich in both luxury looks and lush foliage, the images strike a balance between nature and opulence in a way that will have people dreaming about a Tuscan getaway in no time. Granted, women might find themselves fantasizing about a grand party instead in order to wear the accessories showcased throughout.

Starring Canadian model Kate King, who appeared in the label's Fall 2013 campaign, the Dolce & Gabbana 2013 Baroque Jewelry ad campaign is just as elegant and feminine. As noted by Fashion Gone Rogue, "the classically styled line of earrings, rings and necklaces feature charms in the shapes of crosses, hearts and medallions made with precious gems or engraved metal."
3.7
Score
Popularity
Activity
Freshness
Get Trend Hunter Dashboard