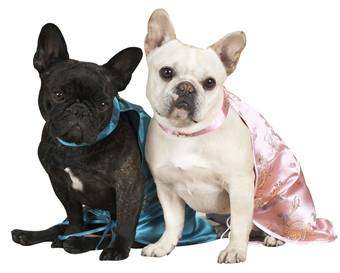 'The Daily Wag' is for Martha Stewart's French Bulldogs

Geebee Micro — April 1, 2009 — Lifestyle
References: dailywag.marthastewart
Martha Stewart isn’t content to let her French Bulldogs, Francesca and Sharkey, only appear on cameos of her TV show. No! Now they’ve started their own blog, “The Daily Wag,” where they update fans on their daily romps and activities.

On the Web site, Francesca is described as feeling superior to Sharkey, while Sharkey is said to be “spontaneous and daring.”

They’ve got the canine social networking itch, as they’ve expanded their communications to Twitter, where after only three tweets, they had accumulated over 1,500 followers.

The blog is located in the pet section of MarthaStewart.com, where there are additional articles related to pets. It is sponsored by Nestle Purina PetCare.
2.2
Score
Popularity
Activity
Freshness