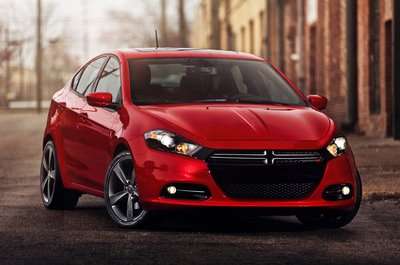 Unveiled at the North American International Auto Show, the 2013 Dodge Dart's name recalls the original Dodge Dart (production for this version ended in 1976), but the new model's mechanical platform is based on the Alfa Romeo, a European car brand that is owned by Fiat.

With prices starting at $15,995 and some models getting up to 40 miles per gallon, the new Dodge Dart will be competitive with cars like the Hyundai Elantra as well as some versions of the Ford Focus and Chevy Cruze. What's more, the 2013 Dodge Dart will offer superior tech features, such as a smartphone app that can monitor a driver's speed.
1.8
Score
Popularity
Activity
Freshness
Get Better and Faster