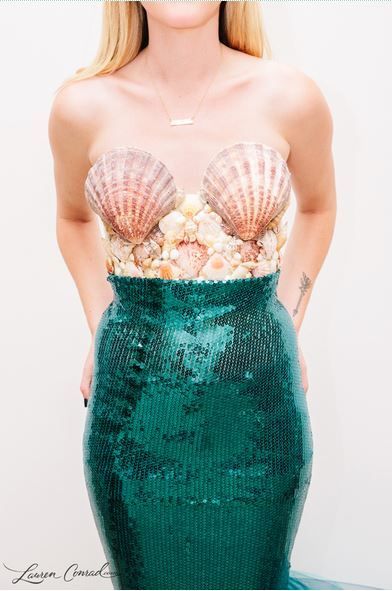 The former reality TV star let her fans vote on her Halloween costume this year. The final two contenders were a mermaid and a ringleader, with the mermaid just narrowly hedging out the ringleader for the win!

To recreate the look, you'll need seashells (an assortment plus two large scallop seashells), a corset or strapless bra, a stretchy green fabric with some shimmer, turquoise tulle and some sewing essentials: pins, needles and thread and a hot glue gun. Even with the pictures and instructions, this DIY look is pretty advanced, but if you're up to the task, you'll make a pretty glamorous mermaid this Halloween.