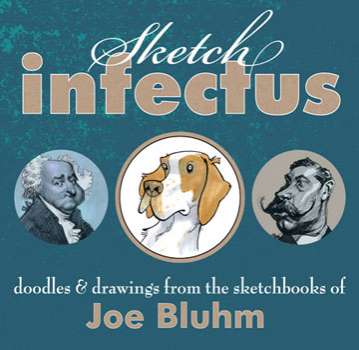 Blogs are the New Art Gallery for Cutting Edge Artists

7seventeen — January 26, 2009 — Marketing
References: art2books & brandstudiopress
Share on Facebook Share on Twitter Share on LinkedIn Share on Pinterest
You’ve seen it: the cozy arts section at Barnes & Noble, littered with its ten million copies of works by Van Gough or Klimt, and How-Tos on drawing anime. But what about work by that obscure pop pin-up artist or caricaturist whose work you’ve seen in magazines, or more likely, online?

More and more artists are turning to blogs rather than the traditional online portfolio, due to the interactive nature provided by the comment form. Artists are gathering huge followings on MySpace-- it’s not just crappy bands and hotties performing their own photoshoots: illustrators are big celebs these days.

But big friends lists can only go so far; some of them are turning to independent publishing to keep up with interest and to get their work in the hands of the public.

Scouting out the best printing prices and distributors yourself is surely a way to go, albeit a time-consuming one. Granted, it’s not the easiest way, and it costs a pretty penny, but some artists are really making names for themselves, such as Alberto Ruiz with Brand Studio Press. Concept artists and illustrators alike can be found in his line of books -- guys you’ve never heard of, and veterans such as Playboy illustrator Dean Yeagle; it’s a varied playing field.

Artist Joe Bluhm has published two books and served as editor of another one via Art Squared Publishing. Both of these publishing houses exist online, and are entirely independently of any big stores a la Barnes & Noble.

Of course, none of this is a secret to anyone who’s gone to the small press section of San Diego’s enormous Comic Con, or to San Francisco Alternative Press Expo-- both places worth looking to find new artists.

But the internet is a good place to start if you wish to avoid cosplay fans.
2.2
Score
Popularity
Activity
Freshness
Jeremy Gutsche Keynote Speaker