Social Cause Beverages
Next
Set of
Related
Ideas 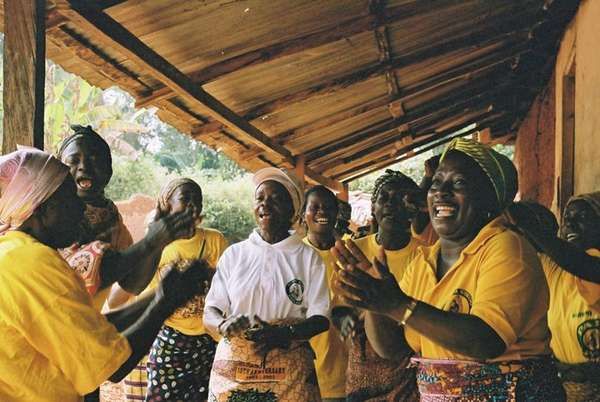 Divine Chocolate is a Social Business Partly Owned by Its Farmers

Tiana Reid — October 3, 2010 — World
References: divinechocolate & clearlyso
Share on Facebook Share on Twitter Share on LinkedIn Share on Pinterest
In the Western world, food products associated with fair trade, in its forms as both a social movement and a commercial industry, tend to be most closely associated with coffee. However, the equitable farming, trading and production of cocoa isn’t falling too far behind –- and Divine Chocolate proves just that. Divine is a social business that prides itself on being the only fair trade chocolate company that is 45 percent owned by the farmers.

Elastic goods like coffee and cocoa, which are significantly prominent in many tropical countries with less developed economies, are particularly unstable resources, especially if that natural resource is one of the major industries. A little under half of Divine Chocolate is owned by a Ghanaian cooperative called Kuapa Kokoo. The remainder of ownership is divided between the alternative trading company Twin Trading and Dutch microfinance organization Oikocredit.

While Divine Chocolate’s main social end is, without a doubt, the improvement of the livelihoods of those that produce cocoa for their many products, the company’s stylized packaging creates a look that reflects the culture of where it came from, while adding aesthetic value and intrigue to the product. Each Divine Chocolate bar is covered in ‘adinkra’ visual symbols that have its roots in West Africa and represent values such as family, wisdom, humility, democracy and enlightenment. What’s more, Divine offers products beyond the traditional chocolate bar including white chocolate, orange milk chocolate, drinking chocolate, hot cocoa, gift hampers and a chocolate-centric cookbook.

What sets Divine Chocolate apart in the market of fair trade chocolate, and even fair trade as a whole, is its drawing power to the mass by focusing comprehensively on branding and the spirit of the company. In this sense, Divine undeniably encompasses the potentially elusive space between non-profits and corporations. For instance, its products are sold in major stores like the U.K.’s Tesco and Sainsbury’s. Divine Chocolate has teamed up with The Body Shop and Comic Relief to raise awareness about fair trade and its chocolates. As a surprise to some, Divine also provides the chocolate for the bars that are sold in Starbucks locations.

Thanks to both its socially responsible objectives and successful business practices, Divine Chocolate has won numerous prestigious awards, including the Observer Ethical Award 2008 and Best Social Enterprise of 2007. Divine Chocolate’s mission of providing farmers with a voice in an industry that ensures their livelihoods is especially commendable in a production system that is particularly controversial and exploitative.