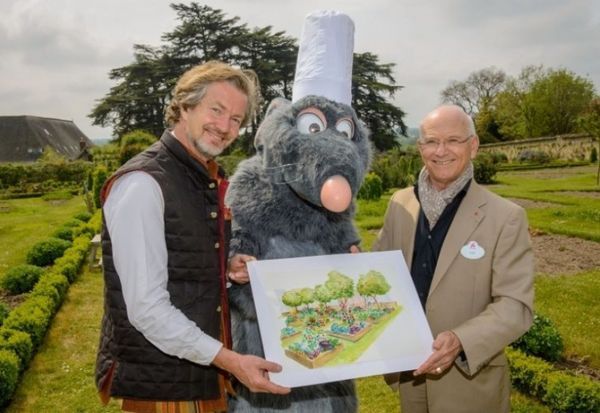 Megan Facciuolo — May 8, 2014 — Lifestyle
References: disneylandparis & pursuitist
Share on Facebook Share on Twitter Share on LinkedIn Share on Pinterest
To commemorate the launch of its 60th attraction, Disneyland Paris will be growing a garden mimicked after the Disney Ratatouille film. The vegetable garden will of course only feature the vegetables that make up the famous Mediterranean dish, such as White Egg eggplants, Golden Marconi peppers and White Wonder tomatoes.

The garden, called 'Potager Ratatouille,' will be located near Disney’s Hotel Cheyenne and is expected to be ready at the same time as the 'Ratatouille: The Adventure' attraction, which opens in late June or early July.

The hotels luxurious restaurant will likely use the movie-themed vegetable garden as the main provider for the delicious dish that will be served to its guests. The hotel's main chef even recruited Louis-Albert de Broglie, also known as the 'Gardener Prince,' to help design and grow the garden.
2.8
Score
Popularity
Activity
Freshness
Get Trend Hunter Dashboard