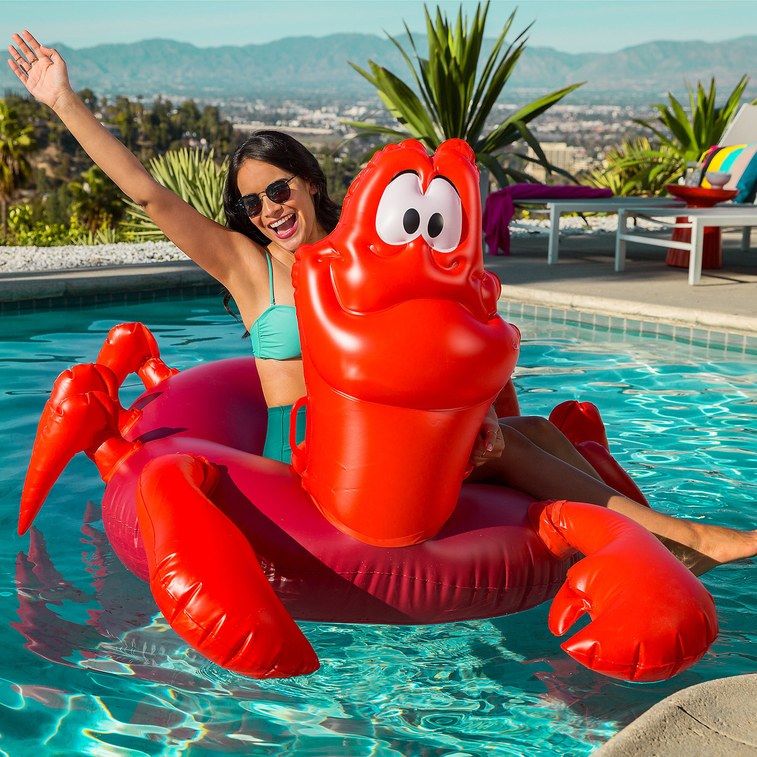 These Disney Pool Accessories are Made for 'Little Mermaid' Fans

Included in the line are large pool floaties that are shaped like Sebastian the crab and Flounder the fish, a towel skirt that features a scale pattern and a fish tail at the end, leggings that boast a similar pattern, and a Flounder cup that's complete with a dramatic twisty straw. There's also a number of graphic tees that are available from the franchise, which include notable lines and song titles from the film.

All of the Disney pool accessories and more are currently available on the Shop Disney website.
7.4
Score
Popularity
Activity
Freshness