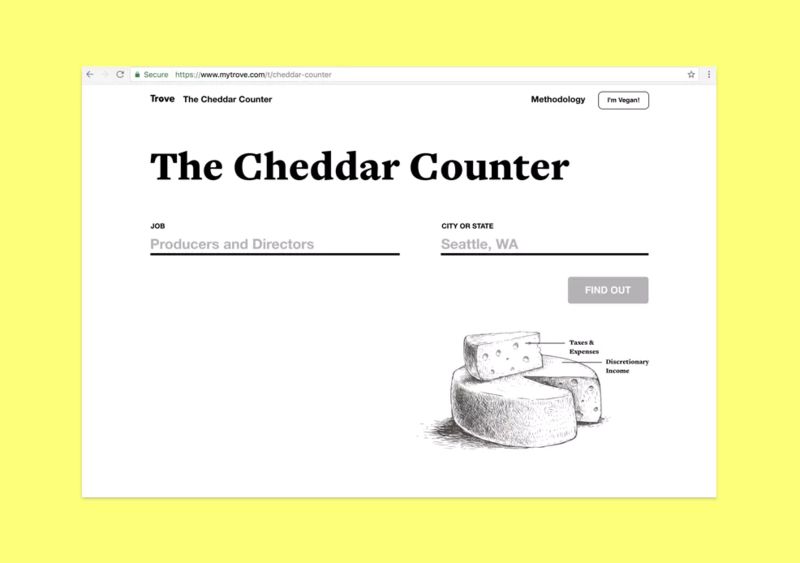 News headlines can describe inflated silicon valley salaries, but they seldom take into account the inflated cost of living and high level of taxation in the area. The Cheddar Counter is a tool that accounts for differences in salary across geographic regions, the impact of taxes, as well as cost of living, in order to deliver a more clear picture of what life would be like for developers and designers working in other areas.

The Cheddar Counter uses publicly available data to see where those in the tech industry can make the most with the lowest cost of living. This discretionary income tool hopes to make it easier and more transparent for designers and developers to determine where they should live to get the most value from their salary.
1.7
Score
Popularity
Activity
Freshness