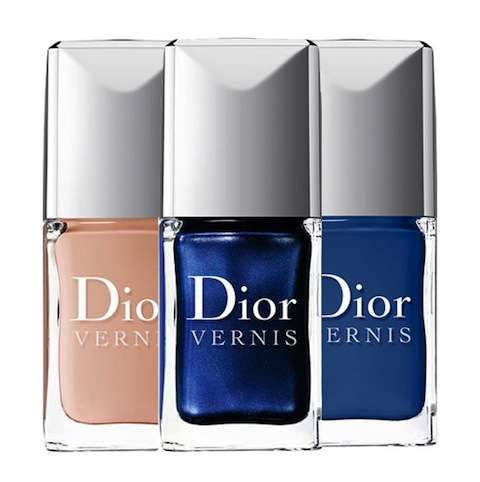 Souzan Michael — July 21, 2011 — Fashion
References: style & britishbeautyblogger
Share on Facebook Share on Twitter Share on LinkedIn Share on Pinterest
The house of Dior is celebrating the upcoming fall season with its Dior Blue Tie collection of navy beauty products. The legendary Christian Dior once famously called navy blue ‘summer black’ and “the only color which can ever compete with black.”

It seems that Mr. Dior’s words have never been truer than this season, as the fashion house has definitely got a case of the blues. Navy blue is a constant theme in the entire Fall 2011 beauty collection, including makeup and nail polish.

The Dior Blue Tie collection is the creation of by Dior’s new makeup ambassador Andrew Gallimore. With eyeshadow palettes containing navy and gray shadows and eyeliners in shades called Carbon and Navy, it’s easier than ever to create the ultimate smoky eye.

Of course, Dior is known for its great collection of nail polishes and the Dior Blue Tie collection is certainly no exception. The fall line contains 3 new shades: Tuxedo (a dark shimmery blue), Blue Denim (a creamy medium blue shade) and Beige Safari (which acts as a great foundation for nails to make the blue shades pop and also ensure you don’t have a blue tint after removing the darker polishes).
3
Score
Popularity
Activity
Freshness
Attend Future Festival