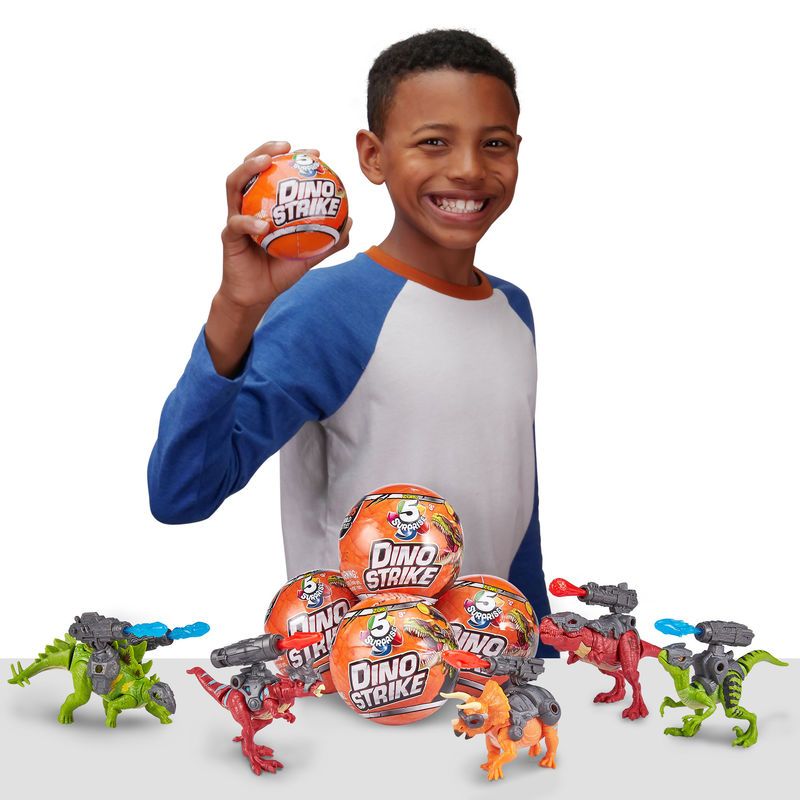 Laura McQuarrie — November 7, 2019 — Life-Stages
References: zuru & prnewswire
Share on Facebook Share on Twitter Share on LinkedIn Share on Pinterest
ZURU's dinosaur toys for boys are among some of its most popular playthings—over 10.9 million ZURU SMASHERS Series 3 Dino eggs have been shipped since their debut this year. Now, ZURU is introducing a new dinosaur-themed line called 5 Surprise Dino Strike. These new toys are all about sharing the excitement of unwrapping, peeling and revealing mystery capsules, and once that's done, kids can build, collect, battle and customize.

In all, there are 13 dinosaurs for kids ages four and up to collect, including an ultra-rare golden fossil T-Rex toy. Once a capsule has been opened, kids will discover that there's a dino waiting to be built, plus customizable accessories and interactive features to use to enhance their battle creatures.
4.2
Score
Popularity
Activity
Freshness
Get the 2021 Trend Report FREE