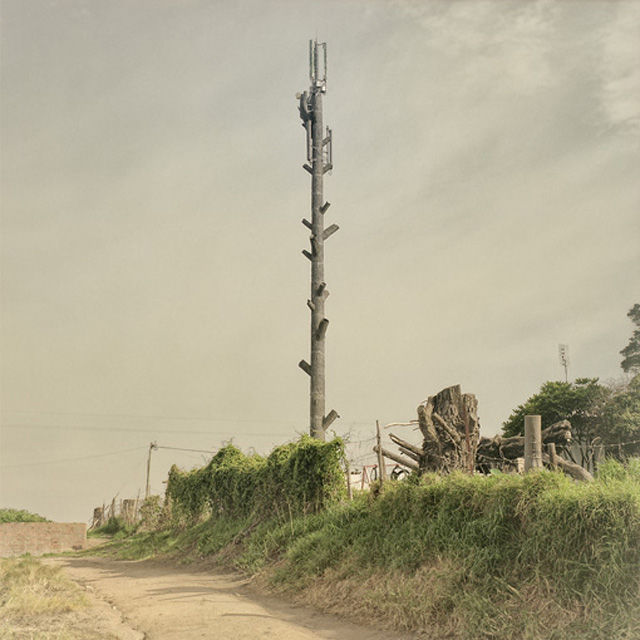 Vasiliki Marapas — December 4, 2014 — Art & Design
References: dillonmarsh & honestlywtf
Share on Facebook Share on Twitter Share on LinkedIn Share on Pinterest
Dillon Marsh's latest series, 'Invasive Species,' was inspired by a single incident that occurred in 1996. According to Marsh, a palm tree appeared "almost overnight" in a Cape Town suburb. The palm tree was said to be one of the world's first disguised cell phone towers.

Marsh set about photographing other disguised towers that have since popped up in the African populous, specifically focusing on how the structures relate to their surrounding environments.

Though disguised, the towers are still invasive; they are intruding into a space where they, quite frankly, do not really belong. It's a testament to Dillon's talent, with his muted tones and swiftly blended lines, that the towers do not seem as obtrusive in his images.
4.6
Score
Popularity
Activity
Freshness
Attend Future Festival