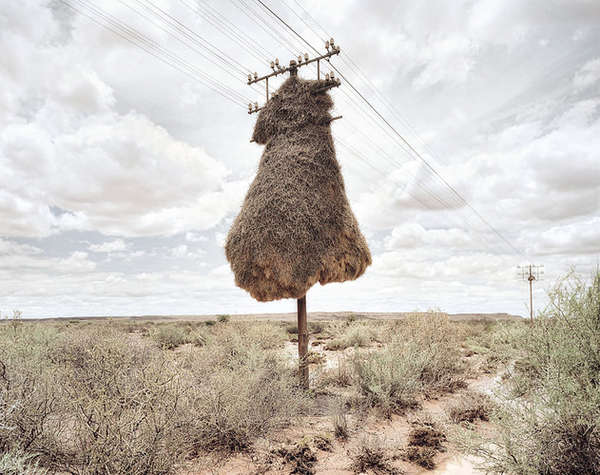 Meghan Young — February 21, 2013 — Fashion
References: dillonmarsh & fastcodesign
Share on Facebook Share on Twitter Share on LinkedIn Share on Pinterest
Assimilation by Dillon Marsh is not an art installation. At least, not one created by man. Documented by a talented landscape photographer, the photo series depicts the massive, amorphous nests of the Social Weaver bird. Captured in his native South Africa, the nests are more like an avian city rather than a single mansion of a home. Though a complex layout of chambers and clusters lies inside, Assimilation by Dillon Marsh simply captures the exterior, which is just as mind-boggling.

Shot over a period of three days, Assimilation by Dillon Marsh shows an environment few are privy to. Marsh notes, "I noticed the nests seem to be in a constant state of collapse and repair. Once they get to a certain size their excessive weight causes large chunks to fall off."
5.7
Score
Popularity
Activity
Freshness
View Innovation Webinars