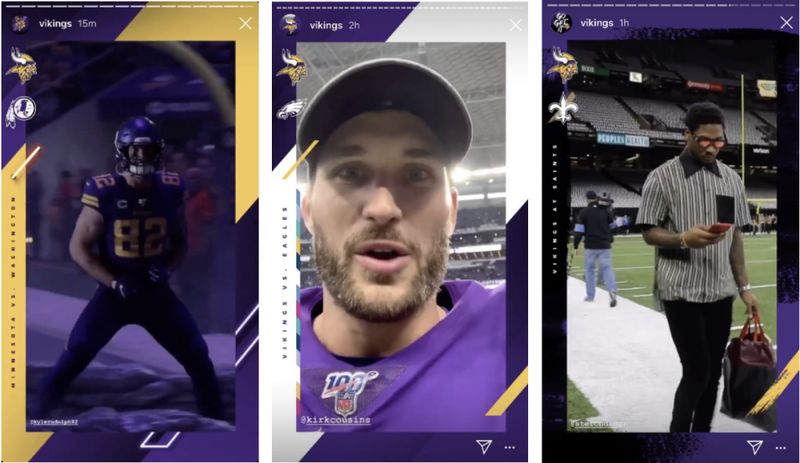 Daniel Johnson — February 26, 2020 — Business
References: slateteams & frntofficesport
Share on Facebook Share on Twitter Share on LinkedIn Share on Pinterest
During the 2019/2020 NFL football season, a number of different teams worked with Slate in order to increase digital presence. Slate is a company that provides real-time social media tools, which can be used by an organization to create branded image and video templates. This means that brands can get content out faster, as they will be using templates that were previously approved for social media.

The NFL teams that worked with Slate had success, one of which was the Minnesota Vikings. Scott Kegley, the Executive Director of Digital Media and Innovation for the Vikings, spoke about the increased digital presence made possible through working with Slate, "Slate allows us to create enough options so we are able to adjust to various types of content while still keeping things on-brand.”

Johnny Volk, the San Francisco 49ers Social Media Manager, also indicated that since working with Slate, the teams have seen an uptick in views across various social media platforms.