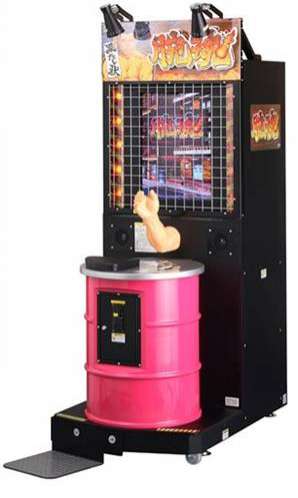 Trend Huntress — August 21, 2007 — Tech
References: msnbc.msn
This game makes Blackberry Thumb look super wimpy. "Arm Spirit" is an arm wrestling arcade game that has actually broken the arms of three players. "We think that maybe some players get overexcited and twist their arms in an unnatural way," said a spokesperson for Atlus Co., the game's distributor.

Players of "Arm Spirit" advance through 10 levels, grappling with a French maid, drunken martial arts master and a Chihuahua before reaching the ultimate smackdown with a professional wrestler.

Fortunately for us, this game was only available in Japan. Even after the recall Atlus is saying, "Even women should be able to beat (the game)."
2.6
Score
Popularity
Activity
Freshness